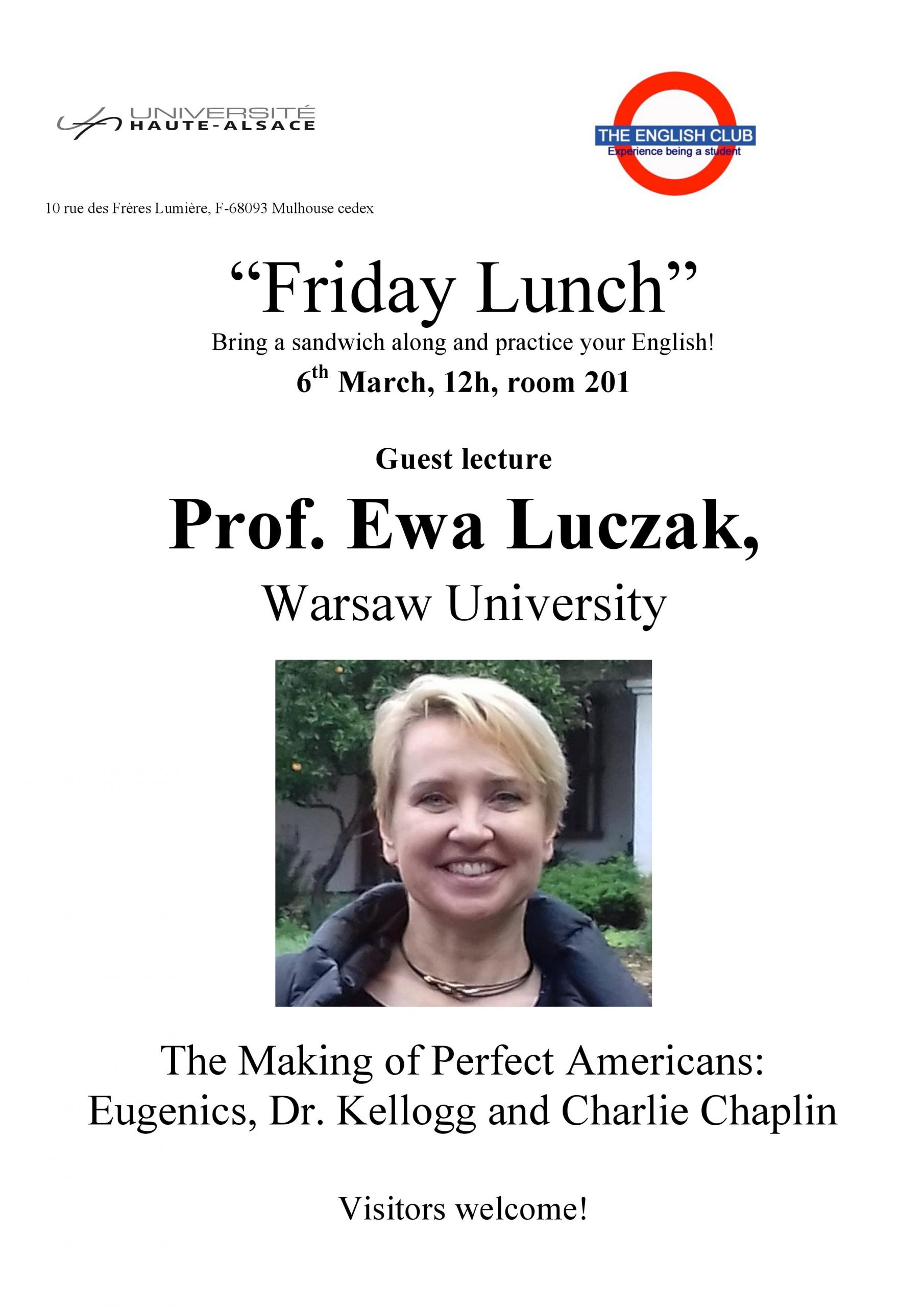 Ewa Barbara Luczak is professor of American studies at Warsaw University. She is the author of How Their Living in Europe Affected Five African American Authors: Toward a Theory of Expatriate Literature (Edwin Mellen Press, 2010) and Breeding and Eugenics in the American Literary Imagination (Palgrave Macmillan, 2015). She is also the co-editor of New Cosmopolitanisms, Race and Ethnicity: Cultural Perspectives (de Gruyter, 2019). Luczak has just finished her recent book Eugenic Body Snatchers: How Hemingway, Fitzgerald and Hollywood Resisted Scientific Hatred. In 2017sheco-founded the Humor Lab at Warsaw University. Her academic interests include African American Fiction, humor studies, cosmopolitan studies and the cultural presence of the theories of race, intelligence and exclusion especially as manifested in the science of eugenics. She was Kosciuszko Foundation Research Scholar at UC Irvine (2019) and Johns Hopkins University (2012-3); Corbridge Trust Fellow at Cambridge University (2017, 2016, 2014), American Philosophical Society Research Fellow (Philadelphia 2013) and a Fulbright scholar at UCLA and UC Riverside (2007-8, 1996-7). For her academic achievements Luczak has been awarded the Medal of the National Commission of Education and the Medal of the Minister for Higher Education in Poland.